The Thompson Opera house in Pioche, Nevada has a very rich history. The building located on Main Street, Pioche, just down the hill from the current Overland Hotel, started out its life known as Brown’s Hall. In February of 1873, Mr. Aleck Brown of Pioche, announced that he planned to build a two story building and that the upper story would be a public hall—-“something greatly needed in Pioche” as commented by the newspaper.

By April of that year, the paper announced that the wholesale and retail liquor store of Aleck Brown has been moved to his new building, “where he will be pleased to meet with his customers new and old.” Two days later, on April 26th, the new Aleck Brown’s Hall hosted the Odd Fellows Ball. It was the grandest ball ever held in Pioche.

A newspaper of the time stated the new hall was,” a large and elegantly furnished hall and was crowded with joyous participants. The music was exquisite and the supper could not have been surpassed.” Brown’s Hall competed with a couple of other halls in the early days of Pioche: hosting theater events, lectures, variety shows and dances (balls).

On September 16th of 1873, Brown’s Hall, became Brown’s Theatre as it held it’s GRAND OPENING presenting the comedy of Pygmalion and Galatea staring Miss Sallie Hinckley and Mr. Pierpont Thayer. On the following night, the two were again scheduled to do The Fortunes of a Poor Young Man but a substitute stood in for Mr. Thayer. Later that night, at about eleven in the evening, a conversation was interrupted at the lodging house where Mr. Pierpont Thayer was staying, by what sounded like a moan. Upon investigating, the party discovered that the sound came from Mr. Thayer’s room.

When they went into the room to check, they found Mr. Thayer lying on the floor undressed, except for the undershirt. A white froth covered his mouth and an empty bottle of Laudanum (opium based painkiller) was on the table. He had succumbed to two days of drinking along with the Laudanum leaving a note saying, “I test the problem”. He was buried at Boot Hill possibly as the 196th “guest”.

Mr. Arthur S. Thompson purchased “Brown’s Hall” in September of 1891 and started overhauling the inside and out according to a newspaper of the time. By April of 1892 the renovation was complete in the upstairs part of the building that housed the hall, with a new stage and floor. A newspaper of the time stated the “new set and stage scenery,” was included in the renovation, “at that time for the benefit and amusement of the loving people of Pioche.” On April 14th the paper states that “The building on Main Street for so long known as Brown’s Hall is renamed and hereafter will be known as THOMPSON’S OPERA HOUSE.” Various performances and events were held at the newly renovated “Thompson’s” to close out the nineteenth century with seats going for 50 cents and 25 cents extra for reserved seats.

In January of 1893, an advertisement in the paper stated that A. S. Thompson had built a store in the downstairs part of the building beneath Thompson’s Opera House on Main Street, selling flour, grain, hay, and general produce. It was also selling wine, liquor and cigars.

Mr. Thompson died in 1905 and his sons, Charles and Frank, took over operations while doing some remodeling again in 1907. As the new entertainment medium of moving pictures began to gain popularity, the Opera House was outfitted on the upper floor with a projection booth and screen to show moving pictures and in 1915 showed its first silent movie.

Over time, movies became one of the primary uses of the upstairs and it prompted a name change to the Gem Theater in 1935. While hosting dances with a band on the stage, hosting events, showing plays and movies were the most common usages for the upstairs; downstairs, the store and warehouse for groceries were a mainstay for the building.

The tunnel at the back of the downstairs dug back into the rock hillside served as a make shift refrigerator in the days before electricity. Locals would fondly tell stories about the regular Saturday night dances and how the whole building would sway with the dancing crowd. By the 1930’s maintenance of the building again started lacking just as in the late 1890’s prior to Thompson owning it.

When Frank Thompson took over as sole operator in 1935 he renamed the building the Gem Theater, but then built the new Gem Theater adjacent to the Opera House in 1937. That building was specifically built as a movie theater so the transition to the new theater spelled the gradual demise of the proud old Thompson’s Opera House.

Use of the building dropped to nothing and it was finally closed by the mid 1940’s. It was falling into a further and further state of decline until Lincoln County secured the building from Lamplighter, Inc on December 18, 1991. For many years now, Thompson’s Opera House has been in the process of a patient and careful renovation/reconstruction, and perhaps as much as a million dollars has been spent to bring the House back to its former glory which can be seen when visiting the building today.

The newly renovated building was completed and ready for use in the spring of 2009 and is expected to be used by the county for historical and cultural events as well as being rented out to the public or private organizations or people to be used for events. It is hoped that the Pioche Chamber of Commerce will be locating to the Downstairs of the opera house with their office and, thus, be able to keep the building open for the public to see. Various displays and artifacts will be set up in the Downstairs showing how the building has been used over the years. 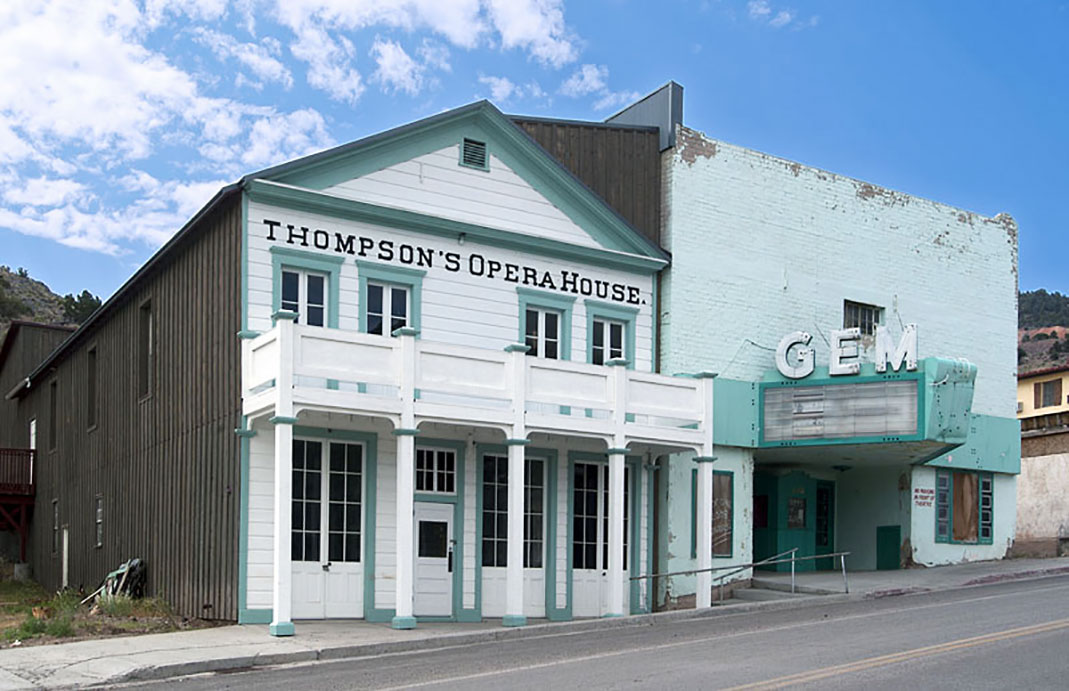 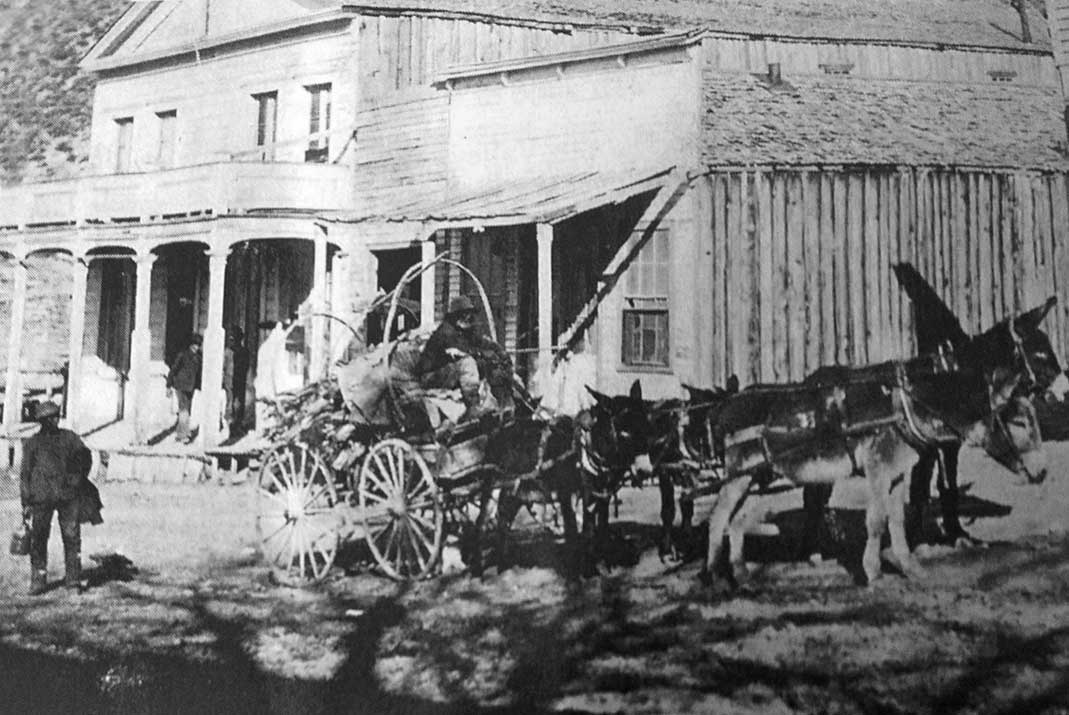 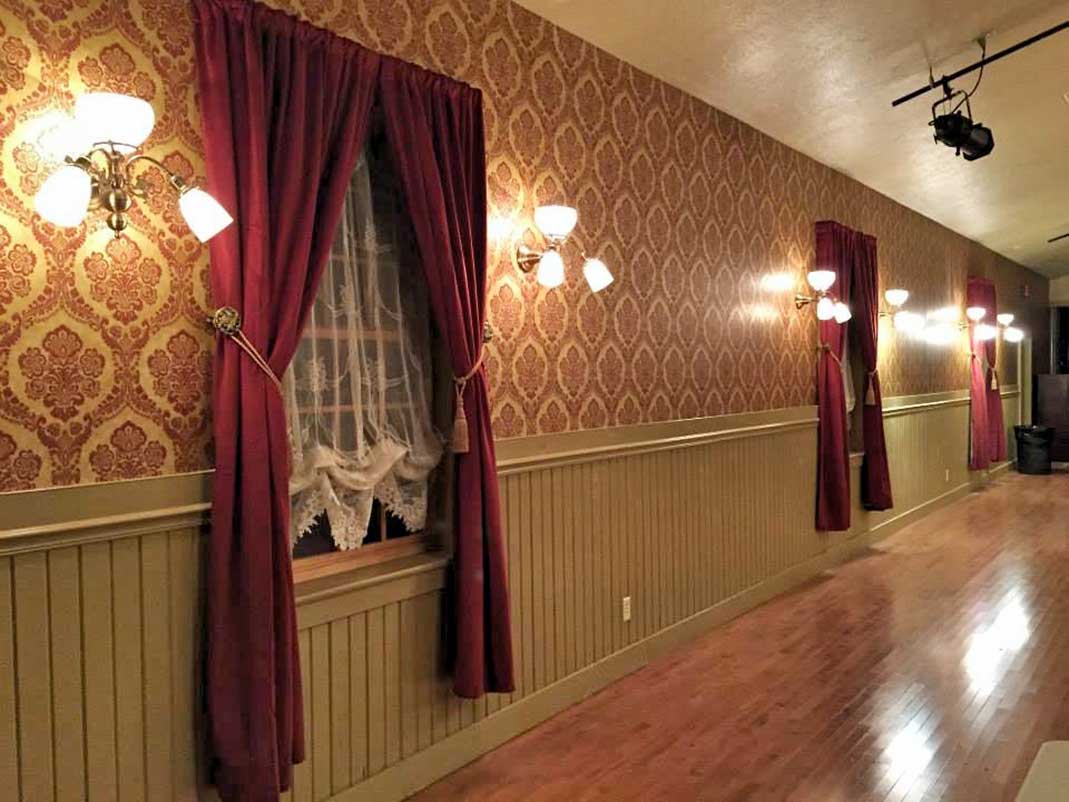 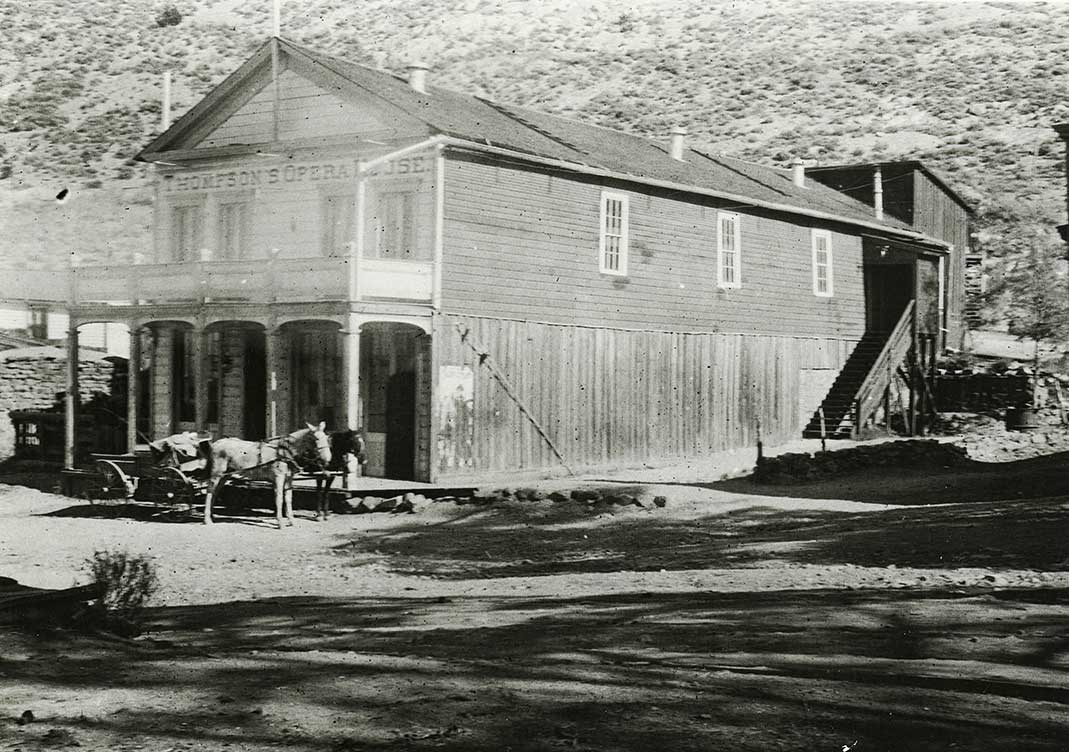 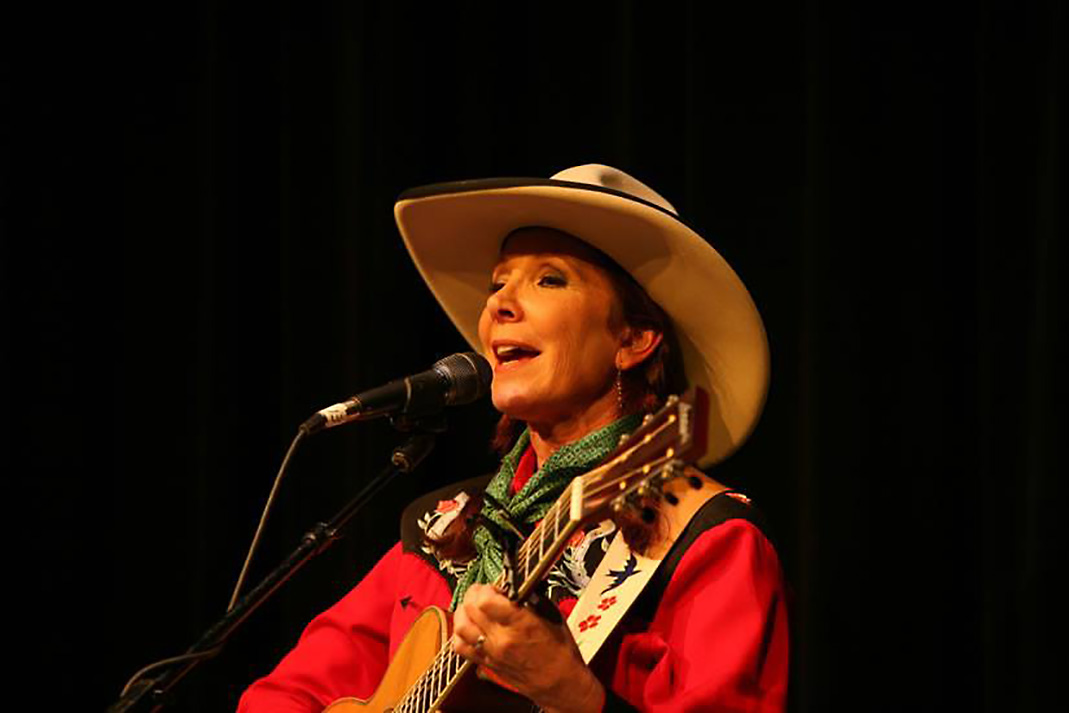 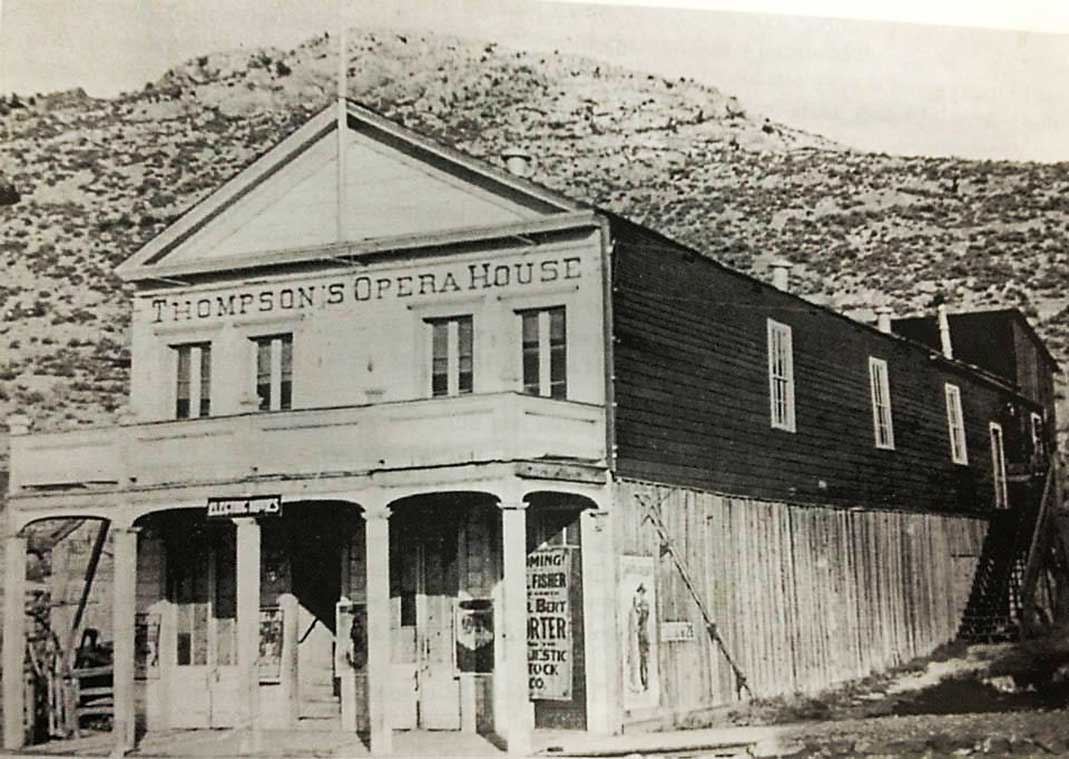 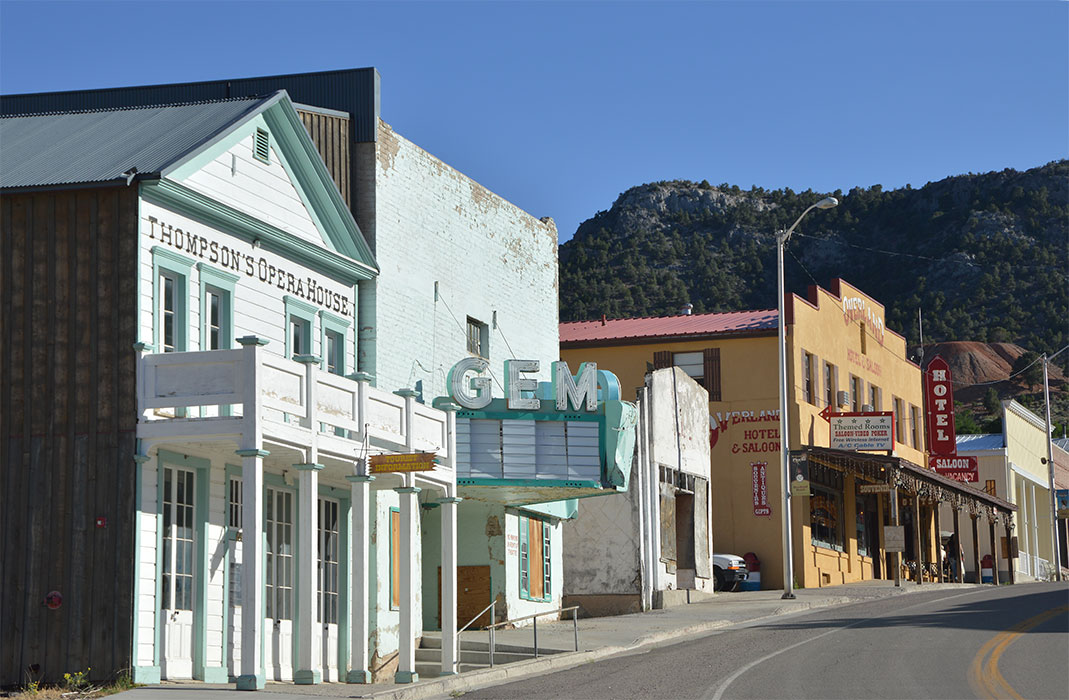 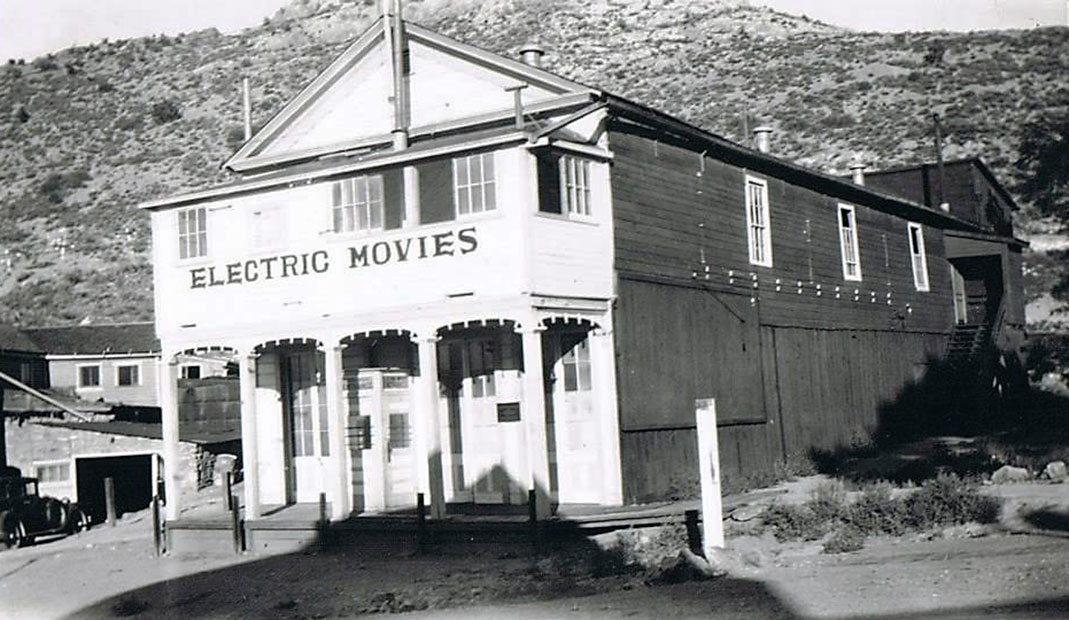