The Pioche you’ll visit today is quiet and unsuspecting, but during the 1870s gun slinging was a favorite pastime in Pioche. Getting its start as a silver boomtown, it’s a no-brainer that dangerous work was being done day in and day out. Plus, life as a pioneer was tough work, only the strong survived to say the least. But, the streets of Pioche ran so red that an astonishing 72 people were laid to rest—with their boots on—before someone actually died of natural causes. That’s the level of Wild West we’re talking about.

To put it into perspective, Tombstone—what many consider to be THE iconic Wild West—only had a few murders each year, while Pioche had dozens. It was said that during the mining boom, hired gunmen were imported at a rate of twenty a day to fight mining encroachments. A local newspaper went to such lengths to write, “Peaceful! Sure, if you stayed out of the way of the bullets.”

Crime and murder ran so rampant that Boot Hill cemetery was established to entomb these scoundrels and immortalize this Old West legend. Better yet, it includes “Murderer’s Row,” a section of the cemetery set apart from the others, containing the graves of over 100 murderers. Many are unmarked, adding to the mystique of this rugged community, while many others include some fascinating grave markers describing their crime and cause of death. Some inscriptions include, “Morgan Courtney: Feared by some, respected by few, detested by others. Shot in the back five times from ambush,” while others read, “John B. Lynch: Shot during dispute over a dog.”

While visiting, make note of the aerial tramway dangling overhead. The tram, original to the mining operations that ran during the 1920s and 30s, was used to transport buckets of silver and nickel ore from the mines to the Godbe Mill. The tramway is abandoned, but uses cables that still stretch over parts of town with its original buckets still intact. You can certainly get a prime view of the aerial tramway while checking out Boot Hill Cemetery, as it’s located directly underneath it.

For an immersive look at the real Wild West, add Pioche’s Boot Hill Cemetery to your next Nevada itinerary. The history here is amazingly vibrant, and if you pop into the Overland Hotel & Saloon, you might even get some stories out of the regulars.

Visitors should be respectful in any case, but it’s important to note that the cemetery is still being used as Pioche’s modern-day burial ground. Please be respectful of the deceased and this tremendously historic part of Nevada’s past. 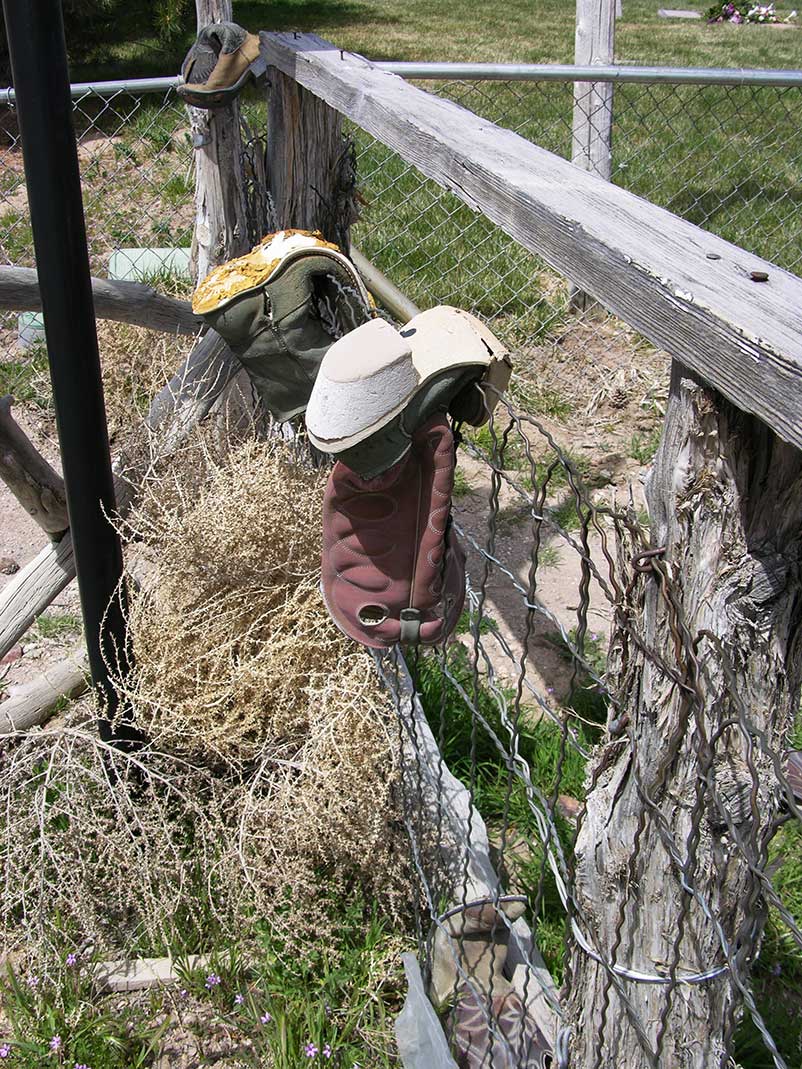