The first annual Pioche Grand Prix was held in Pioche May 29-30. An exciting time was had by contestants and spectators, with the weather cooperating perfectly during the four categories of racing held each day.

Years ago, Pioche had Grand Prix racing, and the purpose of this event was to bring it back. A man who drove up from Las Vegas to watch mentioned he had raced in Pioche in 1974.

All races began at the elementary school. The races included both asphalt streets and dirt trails. The mini races included peewee, 50cc, 65cc and 85cc. Remarkably, there were contestants as young as five years old, both boys and girls. All were excited about both solo and team racing.

Rex Rasmussen – Pioche Grand Prix participant Grant Yardley, ready to race.
As the youngsters left the asphalt and hit the dirt trails, fathers ran around in the brush, looking for those in need of help. If a child laid a bike down, fathers often were needed to kick-start the motorcycle, whether it was their child or someone else’s. It was a family event. Moms, dads, grandparents and others cheered the youth on.

Young Grafton Jewett of Pioche said this was his third time racing. Jewett said today was very exciting, and he was happy that his friend got a good start. Another young racer, age six, from Las Vegas, was Grant Yardley. He said his cousin was his team racer.

The big bike competitors were there to win some money. On the team races there were both father/son teams and husband/wife teams.

In the end there were approximately 300 participants and estimated 600 spectators.

Jason Beam, who organized the event, was very pleased with the turnout. The racing community, along with locals, had positive responses, and everyone is looking forward to next year’s second annual Grand Prix. 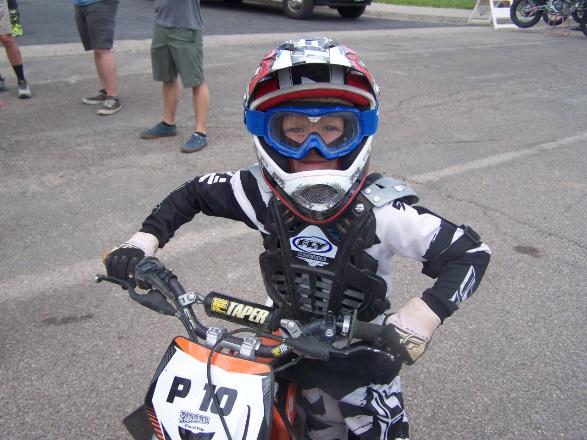 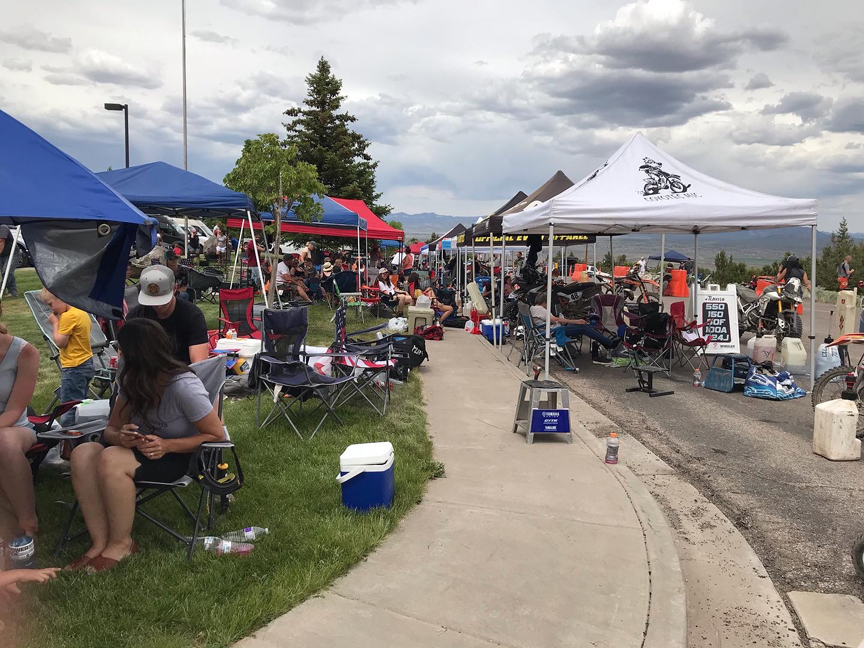 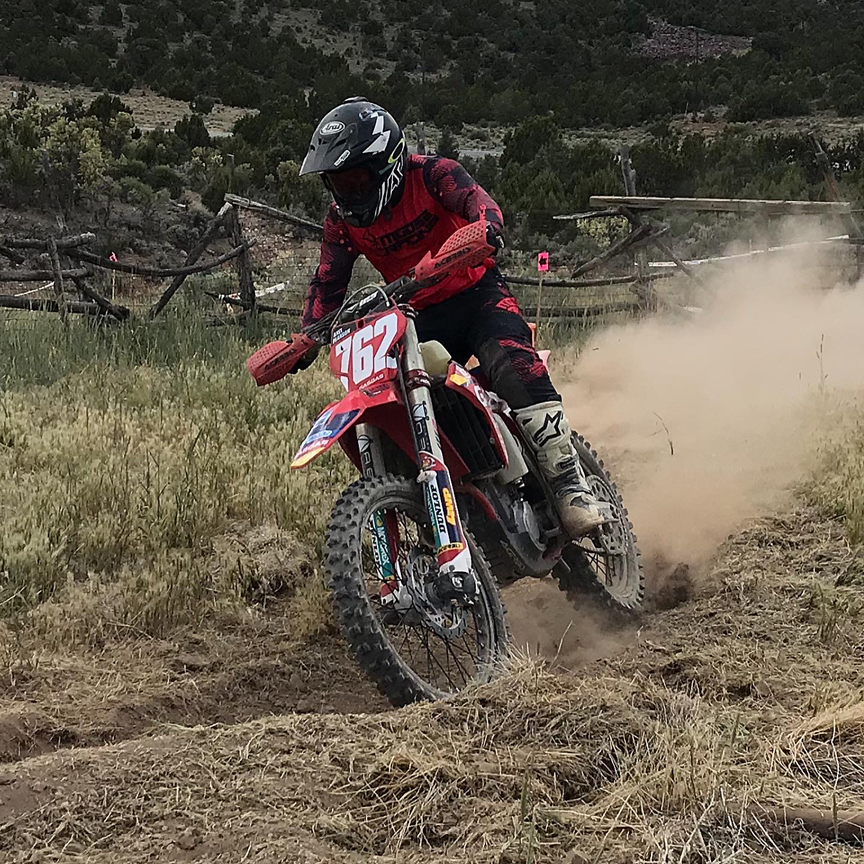 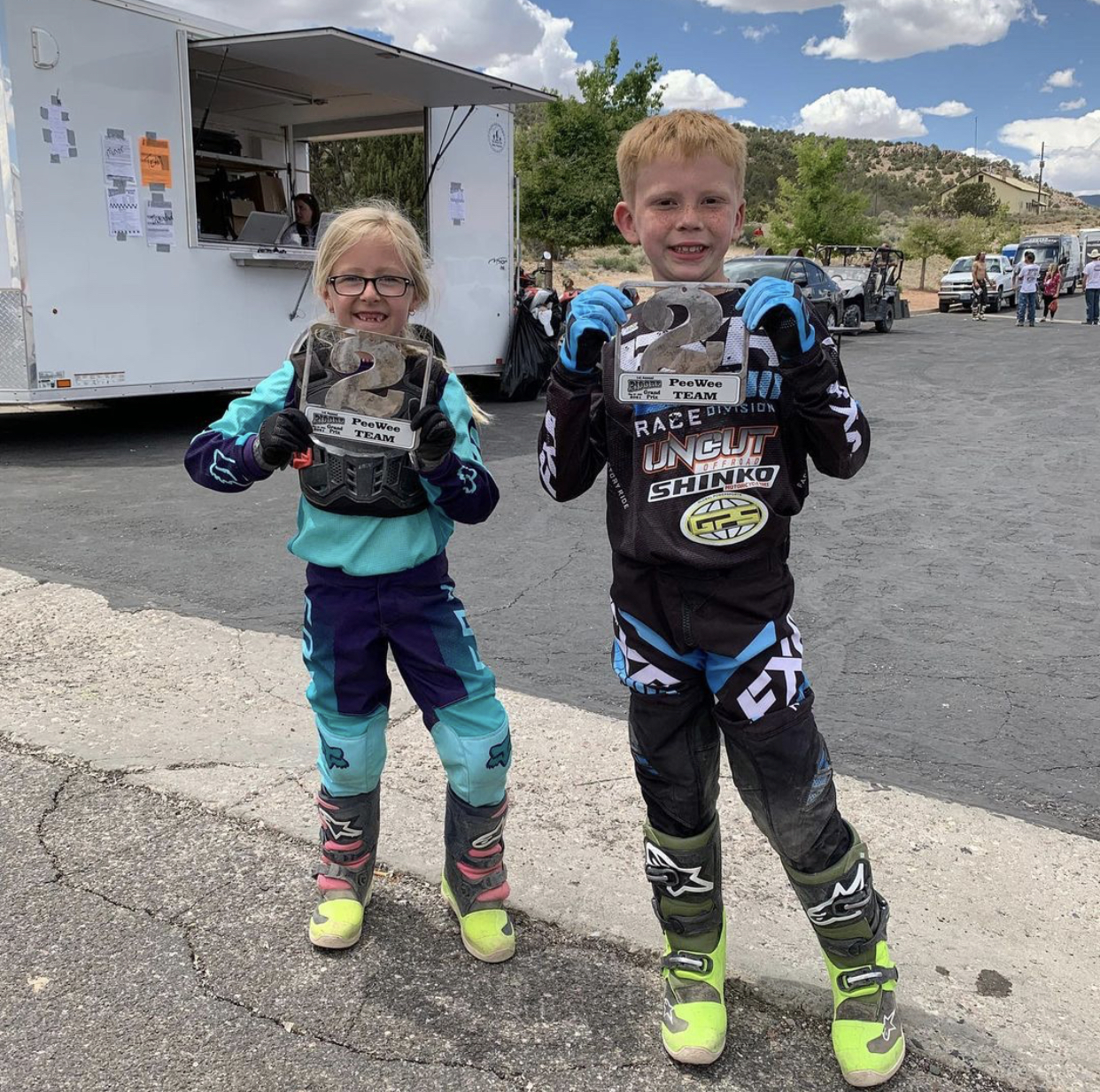 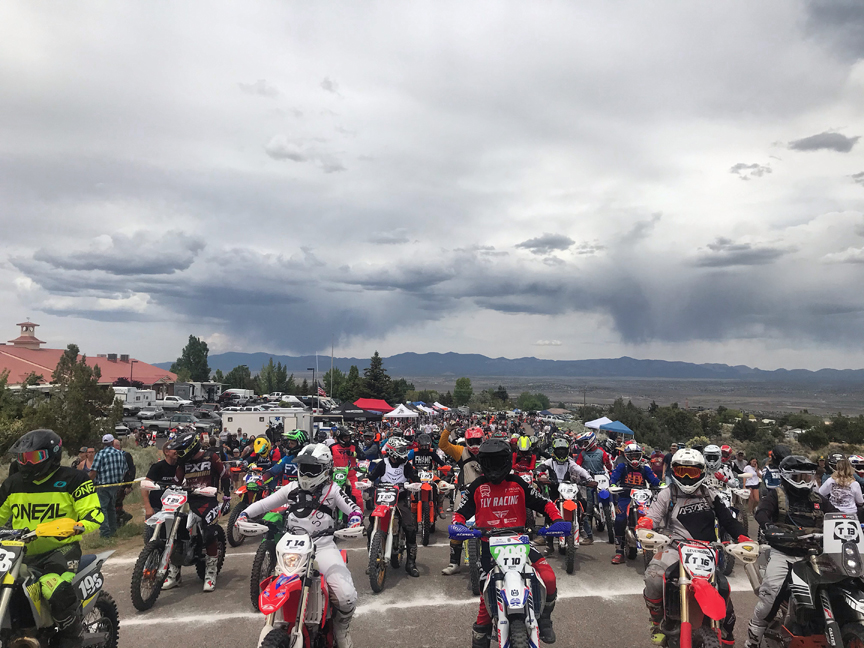 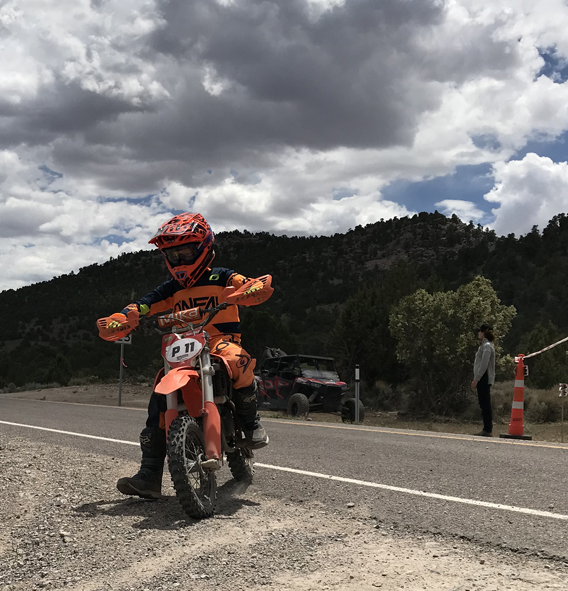 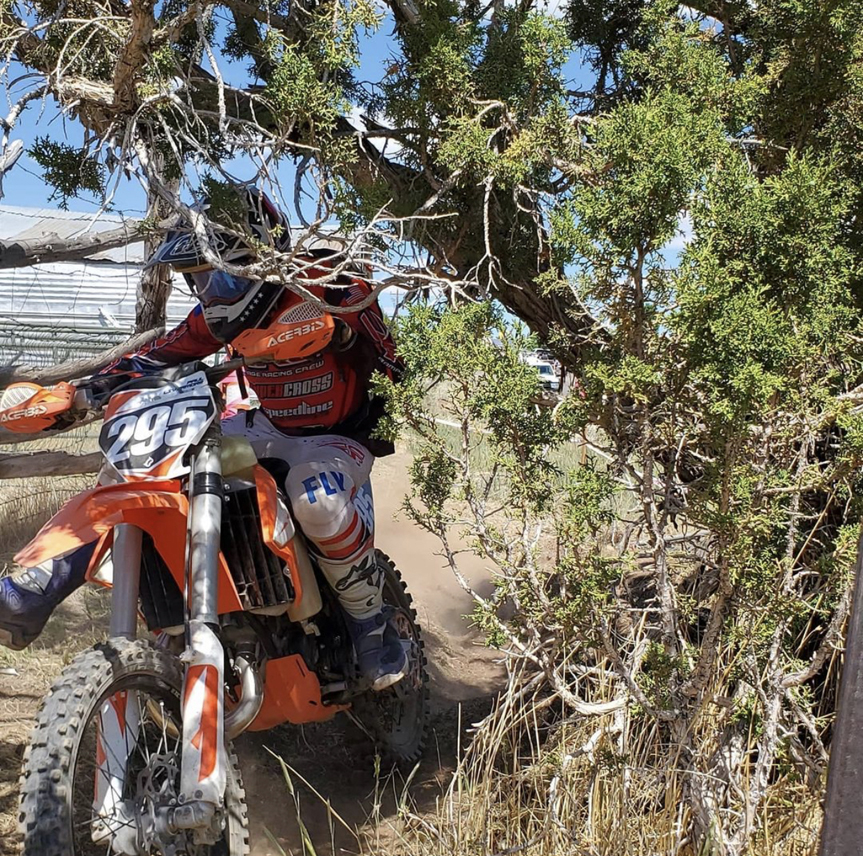