Pioche, Nevada, knows how to have a good time! It all began with all the who-ha down in Eldorado Canyon, Potosi mine was the first lode mine in Nevada. Discoveries in Pahranagat Valley followed then the discoveries near Pioche, located on a spur of the Ely Mountains facing north. Pioche was first settled by Jos. Grange and E. M. Chubard, who in 1868 erected asmall furnace. This turned out to be a failure and they abandoned the location. The following year, Meadow Valley district was reorganized and given the name of Ely District in honor of John H. Ely. Ely and W. H. Raymond, who placed a five-stamp quartz mill rented from a New =

Trap shooting every Sunday from 9 am to noon, weather permitting.

Join us on Main Street on Halloween night for our Trunk or Treat event! Prizes will be awarded for Best Costume! 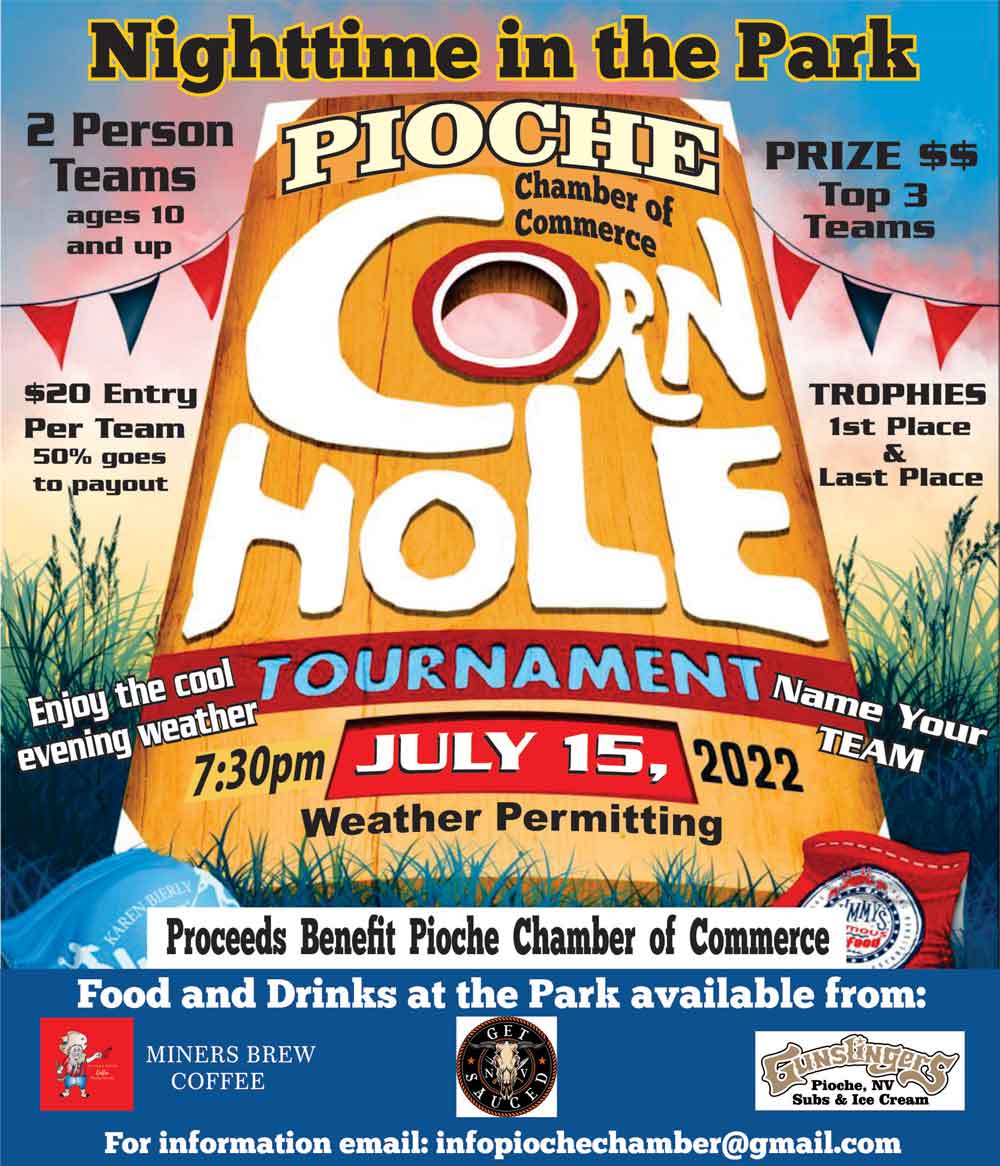